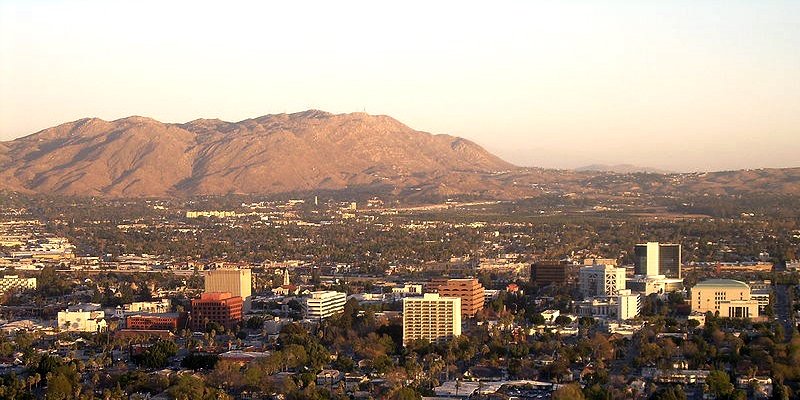 Riverside County is a county located in the southern portion of the U.S. state of California. As of the 2010 census, the population was 2,189,641, making it the fourth-most populous county in California and the 10th-most populous in the United States. The name was derived from the city of Riverside, which is the county seat.
Riverside County is included in the Riverside-San Bernardino-Ontario Metropolitan Statistical Area, also known as the Inland Empire. The county is also included in the Los Angeles-Long Beach Combined Statistical Area.
Roughly rectangular, Riverside County covers 7,208 square miles (18,670 km2) in Southern California, spanning from the greater Los Angeles area to the Arizona border. Geographically, the county is mostly desert in the central and eastern portions, but has a Mediterranean climate in the western portion. Most of Joshua Tree National Park is located in the county. The resort cities of Palm Springs, Palm Desert, Indian Wells, La Quinta, Rancho Mirage, and Desert Hot Springs are all located in the Coachella Valley region of central Riverside County.

Macro Mechanical Inc. is a licensed commercial refrigeration and air conditioning contractor located in Murrieta, California, just north of the San Diego border, in southwest Riverside county. Because of our centralized location, this gives us the ability to easily service Riverside County, CA, as well as San Diego County , Orange County , and San Bernardino County. Macro Mechanical Inc. specializes in Commercial Refrigeration and Air Conditioning with an emphasis on large scale refrigeration.