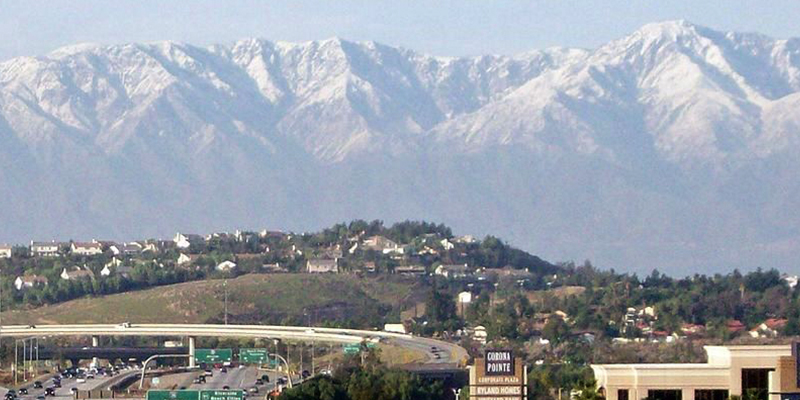 Corona (Spanish for ''Crown'') is a city in Riverside County, California, United States. As of the 2010 census, the city had a population of 152,374, up from 124,966 at the 2000 census. The cities of Norco and Riverside lie to the north and northeast, Chino Hills and Yorba Linda to the northwest, and the Cleveland National Forest and the Santa Ana Mountains to the southwest, and unincorporated Riverside County along the rest of the border, respectively. Corona is approximately 48 miles (77 km) southeast of Los Angeles and 95 miles (153 km) north-northwest of San Diego.
Corona, located along the western edge of Southern California's Inland Empire region, is known as the 'Circle City' due to Grand Boulevard's 3-mile (5 km) circular layout. It is one of the most residential cities in the Inland Empire, but also has a large industrial portion on the northern half, being the headquarters of companies such as Fender Musical Instruments Corporation, Monster Beverage Corporation, and supercar manufacturer Saleen.

Macro Mechanical Inc. is a licensed commercial refrigeration and air conditioning contractor located in Murrieta, California, just north of the San Diego border, in southwest Riverside county. Because of our centralized location, this gives us the ability to easily service Corona, CA, as well as Orange County ,Riverside County , San Diego County , and San Bernardino County. Macro Mechanical Inc. specializes in Commercial Refrigeration and Air Conditioning with an emphasis on large scale refrigeration.