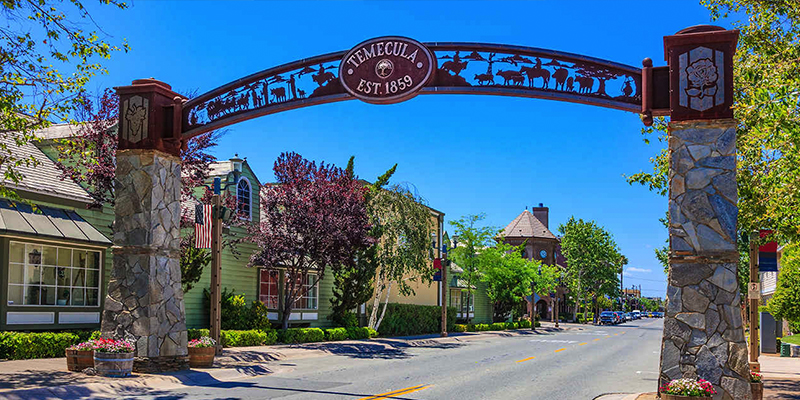 Temecula /təˈmɛkjʊlə/ is a city in southwestern Riverside County, California, United States. The city is a tourist and resort destination, with the Temecula Valley Wine Country, Old Town Temecula, the Temecula Valley Polo Club, the Temecula Valley Balloon & Wine Festival, the Temecula Valley International Film Festival, championship golf courses, and resort accommodations for tourists which contribute to the city's economic profile. It is part of the Greater Los Angeles area.
The city of Temecula, forming the southwestern anchor of the Inland Empire region, is approximately 58 miles (93 km) north of downtown San Diego and 85 miles (137 km) southeast of downtown Los Angeles. Temecula is bordered by the city of Murrieta to the north and the Pechanga Indian Reservation and San Diego County to the south. Temecula had a population of 100,097 during the 2010 census and an estimated population of 114,761 as of July 1, 2019. It was incorporated on December 1, 1989.

Macro Mechanical Inc. is a licensed commercial refrigeration and air conditioning contractor located in Murrieta, California, just north of the San Diego border, in southwest Riverside county. Because of our centralized location, this gives us the ability to easily service Temecula, CA, as well as Orange County ,Riverside County , San Diego County , and San Bernardino County. Macro Mechanical Inc. specializes in Commercial Refrigeration and Air Conditioning with an emphasis on large scale refrigeration.