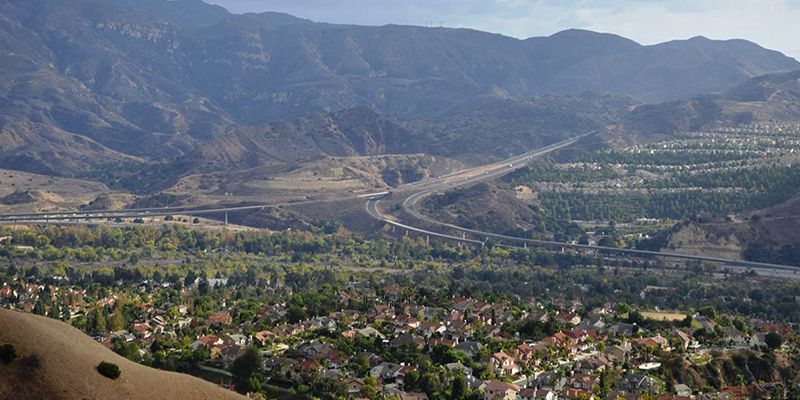 Yorba Linda is a suburban city in northeastern Orange County, California, approximately 37 miles (60 km) southeast of Downtown Los Angeles. The suburb's most famous resident was Richard Nixon. His birthplace is a National Historic Landmark, at his presidential library and museum located there. Yorba Linda is part of the Los Angeles metropolitan area according to the US Census. As of the 2010 census, its population was 64,234.